Love someone who is lesbian, gay, bisexual, or trangender? Get support on your journey!

All our meeting information is easily accessible on our Facebook page. We welcome you to join us. Find us at https://www.facebook.com/PFLAGFTL/.

What do I do if my child is gay? Lead with Love is a 35-minute documentary created to help answer that question. Our goal is to provide comfort, information, and guidance for parents who have… More

A planned series of powerful, short award-winning documentary films that show how ethnically and religiously diverse families learn to support and accept their lesbian, gay, bisexual and transgender (LGBT) children – informed by the Family… More

Middle school student Zay Crawford vividly remembers the moment she learned about the puberty-suppressing treatment available at the transgender health clinic at Cincinnati Children’s Hospital Medical Center. “I felt like somebody with a key just came and opened my cage and said, ‘You’re free to go,’” Zay says. Born Isaiah, Zay had long insisted to her family that she was a girl, not a boy; their story was featured in a widely shared article and video (above) in the Cincinnati Enquirer. After starting with reversible drugs to suppress puberty, Zay has now opted to begin estrogen hormone treatment.

Lee Ann Conard, DO, RPh, MPH, leads the transgender health clinic where Zay is receiving treatment; the clinic has treated more than 600 patients since Dr. Conard founded it in 2013. Dr. Conard also helped develop a new guide for health care professionals on caring for transgender children, which was jointly produced by the Human Rights Campaign, the American College of Osteopathic Pediatricians and the American Academy of Pediatrics.

Osteopathic physicians are well-positioned to work with—and positively impact the lives of—transgender children, Dr. Conard says. “DOs are known for practicing in rural areas, where there may not be anybody else caring for these kids,” she says.

Though many children go through periods of being “gender-expansive”—for example, a preschool boy who prefers princess outfits—parents should pay attention if kids consistently, persistently and insistently express distress about their birth gender. “One child might say, ‘I wish I were a boy so I could play on the football team,’” Dr. Conard explains. “It’s the child who says, ‘I am a boy’ who is more likely to be a transgender child.”

Ideally, pediatricians caring for transgender children should connect the family with supportive counseling. For children younger than 10, gender transition unfolds in social, rather than medical ways: choosing a new name, for example, or wearing clothing that matches the child’s gender identity. Pediatricians can educate early adolescents and their families about puberty-suppressing medication, which delays puberty and allows the child more time to consider whether to begin hormone therapy.

Puberty-suppressing medications are fully reversible. Hormone therapy—testosterone for patients born female, estrogen with an androgen inhibitor for patients born male—is used with older adolescents and is partially reversible. However, the long-term effects of these treatments in young patients aren’t fully known. Clinicians, parents and patients must weigh the risks of treatment against the benefits of transitioning, which, as Zay’s experience illustrates, can be significant.

AOA policy opposes discrimination based on gender identity and calls for clinicians to provide adequate and medically necessary treatment for transgender and gender non-conforming individuals.Dr. Conard recommends these resources on transgender health:

“As physicians, we are not pushing families to do anything they’re uncomfortable with,” Dr. Conard says. Instead, she says, the physician’s role is to educate, provide supportive resources and monitor kids for signs of bullying and psychological distress, which are common among transgender individuals.

Physicians can help transgender kids and their families feel more at ease with a few simple changes, Dr. Conard says.

Transgender individuals are especially vulnerable to mental health problems, with one study of 6,400 transgender and non-gender-conforming adults finding that 41% had attempted suicide. “Statistics like this just break your heart,” Dr. Conard says. “Being transgender affects the whole person. Because of that mind-body-spirit connection, DOs are in the perfect position to care for these patients.” 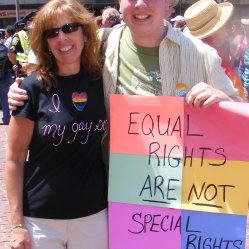